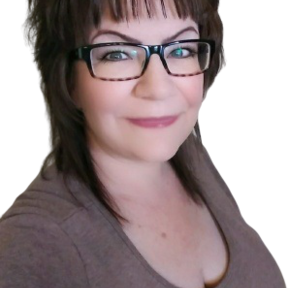 After finding several dead bodies before age 11, Dr. Martin knew by age 13 that she wanted a career in forensics and mental health. That's why she holds advanced degrees in Forensic Psychology and Criminology, as well as a Certification in Forensic Science. Dr. Martin has dedicated over 30 years of her life to both of those parallel fields.

Because of Dr. Martin's 14-year education and decades of field experience, she has taught Forensics at a Phoenix-area college and is a provider for the Bureau of Justice Assistance (BJA) & National Training Technical Assistance Center (NTTAC). Dr. Martin also has experience as a Special Investigations Unit (SIU) Field Supervisor and is a former Agent-in-Charge for the United States Fugitive Service (USFS). She also has a passion for animals and has been active as an animal abuse investigator and animal rights advocate (not activist). She is a Forensic Team Member for two international non-profits, Find Me Group and Cold Case Foundation. Together they help solve missing persons, homicides, human trafficking, and other unsolved crimes and cold cases.

In 1987, Dr. Martin was the first person in documented history to create a mental health program based solely on making strategically-planned handwriting changes to change unwanted behaviors and personality traits. This evidence-based program is called Clinical Graphology. In 2006, ​Texas Legislatures invited Dr. Martin to lead a six-month research project using Clinical Graphology to end juvenile crime recidivism rates. All the participants were considered high-risk, habitual youth offenders, and following the project’s completion, the state tracked each participant's backgrounds. After five consecutive years, none of them had reoffended.

Additionally, Dr. Martin believes that mental health services should be affordable for everyone. During her early career, Dr. Martin worked as a Mobile Crisis Therapist, Forensic Mental Health Professional (FMHP) in jails and prisons, a sexual assault and domestic violence field advocate, and Clinical Liaison for the Regional Behavioral Health Authority (RBHA). She later worked as a Clinical Supervisor overseeing 12 trauma therapists and as a Clinical Director for a non-profit mental health agency.

Dr. Martin has seen too much government interference in the non-profits she has worked for or contracted with. While they may claim to be a non-profit, rarely does the money go back into the community. That's why Dr. Martin became an ordained minister in 2009. She then worked with many hospice patients and their families to help guide them through the forgiveness process to prepare for the inevitable transition.

Studies were done in major universities, medical and mental health centers across the country that revealed most initial drug use starts with unhealed childhood trauma. However, most relapses were shown to be caused by a disconnect from spiritual (not religious) practices. Religion itself has been connected to increasing mental health symptoms and stress in the same clients. Criminology studies revealed similar results.

Dr. Martin believes in “living life on purpose” and enjoys helping others with neuroscience using forensics and mental health. However, Dr. Martin worked with the National Geographic GENO Study Results and has studied ancient DNA for nearly a decade. In fact, Dr. Martin has shared numerous times, "Even if you had 100 Dr. Phil's or Dr. Laura's helping you, absolutely nothing is as powerful as the healing and transformation we can achieve by using our own ancient DNA."